How Do You Deal With Pharisees?

The above Scripture is the summation of the parable of the Pharisee and the sinner. The Pharisee had been acknowledged as the holy one in the church. Indeed, his deeds were good: he prayed, read Scripture, tithed, gave to the poor. His problem? He made sure no one--not even God--forgot. He probably even corrected those who lacked in their faith in efforts to make them holy or get them saved.
The other guy? He didn't have a resume. He knew only one thing: he was a sinner and unworthy of all God gave. He admitted where he was weak and asked for help.
I wish I was holy, but I'm not. I hear people disparage those who do egregious things, and shame burns because I know that I certainly am capable of doing the same things--both as a sinner and a Pharisee. I can envy those who know their faith is flawless and they please God in every detail, that their salvation is irrefutable and that God is lucky to have them on His side. I'm lucky Jesus accepts me--warts and all.
And I write this in grief because I am a sinner and I am who I am and others must remind me of my lacks. Without Jesus I cannot change.
And I wonder...how do you deal with the Pharisees in the church?
Posted by Carol McClain at Saturday, April 30, 2011 2 comments:

In Death We Find Life

After 92 years full of giving and loving and caring, my husband's Uncle Neil passed away. He was a man who knew his own mind right until the end--sometimes to our own chagrin. For example--he had to be hospitalized in Potsdam--not Massena--he refused to have a will, yet took meticulous care that his funeral was taken care of, and will be laid out in a flannel shirt--so he'll be comfortable for eternity. We watched him fail for nearly a year, and watching him become increasingly helpless hurt almost more than his passing.
Tomorrow the McClain clan will gather at Hammill Funeral Home to say good-bye. Yet, there's a sense of celebration. My Neil has found old pictures of his family in their youth to share--times when they looked gawky or the fashions really needed to rethink themselves. Unc Neil's niece and nephews and great-nephew will travel long distances to say their final farewell--and these are distances they traveled for Unc Neil when he could still appreciate them.
Over the past year, we've shared tales of Unc Neil's strengths, his character and his foibles. We've been blessed with neighbors who looked at Unc Neil more as their father than a man who lived down the road.
We'll gather and cry--the family together. Then we'll share a meal and in that time, strengthen the bonds that make the McClain group the family of character (or characters) they are. We will rejoice in our lives and the memory of one that touched us all.
How significant that Unc Neil died on Maundy Thursday--and will be laid to rest over the Easter weekend. I can't help but think of another man whose death brought life.
Have you found joy in dying?
Posted by Carol McClain at Friday, April 22, 2011 6 comments:

God Created the World for Women: The Proof

God must be crying over the irony of the patriarchally driven world when the very opening of the Bible shows us the world was created for us--the women. I do not expect you to take this thought in blind faith, so I will demonstrate it exegetically. (Go to the source, and see that I don't err).

Therefore, woman was the sole reason the world was created. I am so glad I am a Bible scholar! No one can refute this.

The Third Day Proves God's Love For Us


How do I know God's love for us? Genesis 1:11-13 prove it. Man didn't come along until day six. But God prepared the way. Vegetation!

Gen 1:29
Then God said, "I give you every seed-bearing plant on the face of the whole earth and every tree that has fruit with seed in it. They will be yours for food.

Oh the immeasurable love of God!

Bellyaching Gives you a Bellyache

Sulks come and sulks go--people will always annoy me in some fashion. Yesterday I thought I'd air my pet peeves on a daily basis--but one problem: I can't get specific enough without hurting someone. Hurting others is the last thing I want to do because it's only through family and friends and the God who made them that I can overcome.
And how am I blessed? Let me count the ways: 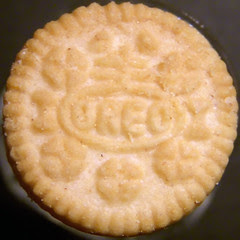 In one day, three things remind me I am not alone. Our Father God cannot allow me to forget love patterned on His so I can see it.

And so I ask--how have others encouraged you?

Can You Help Me?

I have a question. You're in a group of friends and you are asked a question--asked to respond honestly. You begin, and a member of the group--one who always is the expert, jumps in, interrupts and asks: "How can you say that? I could never..."
And you can fill in the blanks as to what he/she says. How do you respond?
I can say honestly, I don't respond well. Unable to finish my sentence, I listed my credentials--credentials my critic didn't have and would never have, forced out my thoughts and shut up.
What would you do?
Posted by Carol McClain at Thursday, April 14, 2011 2 comments: