The Rubens in the Prado

Peter Paul Rubens. How his name conjures images of hefty women--but this painter is so much more. His painting is luminescent, literally larger than life. And the Prado offered two massive rooms of his work. He is epic, mythic--taking the tales that have inspired mankind and translating them into oil on canvas.

At once both sublime and sensual, not words, nor the pictures here can convey how beautiful his work is.

Image via Wikipedia     The first painting I saw as I entered was "Equestrian Portrait of the Duke of Lerma." It had to be fifteen feet tall and if allowed to touch the work, I would have sworn you could feel the satin in the horse's coat. This picture does not do the work justice.

Included in this room was a series of work depicting the apostles--many rarely ever exhibited. 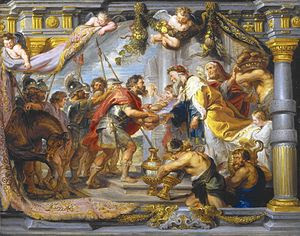 Image via Wikipedia     In "Abraham Offers the Tithe to Melchizedek," Rubens captured the concept of the tithe. Melchizedek is resplendent. You know he is God. And Abraham is rich and powerful, still he bows before this king and offers him a tenth of all he has. The humility, the grandeur, the positive qualities of God and mankind are captured in this work. 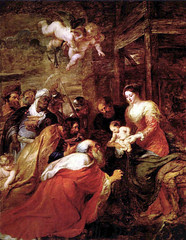 Image by André Durand via Flickr
"The Adoration of the Magi" was  massive, luxuriant, gorgeous. Inspired by Titian, the little image here does not do this justice.

Pros and Cons of Spain

Our visit turned up some delightful Spanish concepts--ones I think we would do well to adopt here in the U.S.

1.  They do not waste.
2. With that last thought in mind--they take their time. 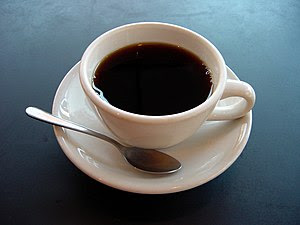 3.  Obesity is rare--or at least to my eyes.
4.  They are energy efficient.
5.  The people are friendly and trusting.
6.  The countryside is preserved and the little guy can make a living.

Spain, of course, has its flaws. But I learned to slow down, to savor life and enjoy. I would love to return to a simpler life.

Posted by Carol McClain at Sunday, December 05, 2010 No comments: